Samiljeol (삼일절) or Independence Movement Day is a public holiday in Korea dedicated to the March 1st Movement marking the earliest protests against Japanese Imperial rule and was a catalyst for events that ultimately led to the National Liberation Day on 15 August 1945.

It was on this day, of March 1, in 1919 that (33) thirty-three Korean cultural and religious leaders met at the Taehwa-gwan Restaurant in Seoul and signed the Korean ‘Proclamation of Independence’, drawn up by publisher Chow Nam-seon, and recited at Seoul’s Pagoda Park, now known as Tagpol Park. Word spread and this led to millions joining in on peaceful protests which slowly became uncontrollable.

It was also on this day in 1919 that a 16 year old girl, Ryu Gwan-sun also known as Yu Gwansun attending school in Ewha Haktang in Seoul, attended the mass demonstrations at Pagoda Park taking to the streets with cries of ‘Mansei’ Long live Korean independence! She was an inspiration for the freedom movement, organising a series of peaceful protests and end up being imprisoned and tortured. Dying in prison at 17, she became a national hero. 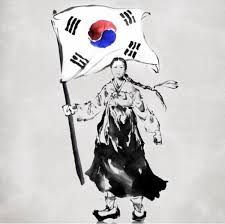 Korean international students, in Tokyo, were also inspired by American President Woodrow Wilsons speech in January 1918 at the Paris Peace Conference. The speech highlighted the fourteen Points outlining the right of national self-determination and published a statement demanding freedom from colonial rule.

On this day to commemorate all those who fought for independence, the streets of Korea are usually filled with national flags. Families usually spend time together and reflect on this  national holiday in Korea. The Korean flag is usually raised in homes, businesses, and institutions all throughout the country.

Despite COVID-19 impacting events to commemorate the day in Korea, Australia and around the world, there will be some offical ceremonies to acknowledge all those who fought for freedom and Korean Independence.

“The Korean community is proud of its history and its spirit of self-determination amidst adversity and marks this day by remembering the millions who marched in protests. It was indeed a dynamic movement for strengthening national unity, leading to the birth of the Korean Provisional Government, and drawing worldwide attention.”

“On this day we look to our flag with pride. We ask the Korean community to join us and commemorate this historic movement with heart and soul.”

The Republic of Korea (ROK), occupies the southern part of the Korean peninsula, and is located between the East Sea, the Yellow Sea in west, and the Korea Strait, a sea passage between South Korea and Japan in the south. The only country with a land border to South Korea is  North Korea lying to the north. There are 123,017 with Korean ancestry in Australia based on the Census data 2016. The largest concentration of Korean Australians in Sydney, Brisbane and Melbourne.

Keen to learn more reach or engage the Korean community in Australia? Contact our team at [email protected]